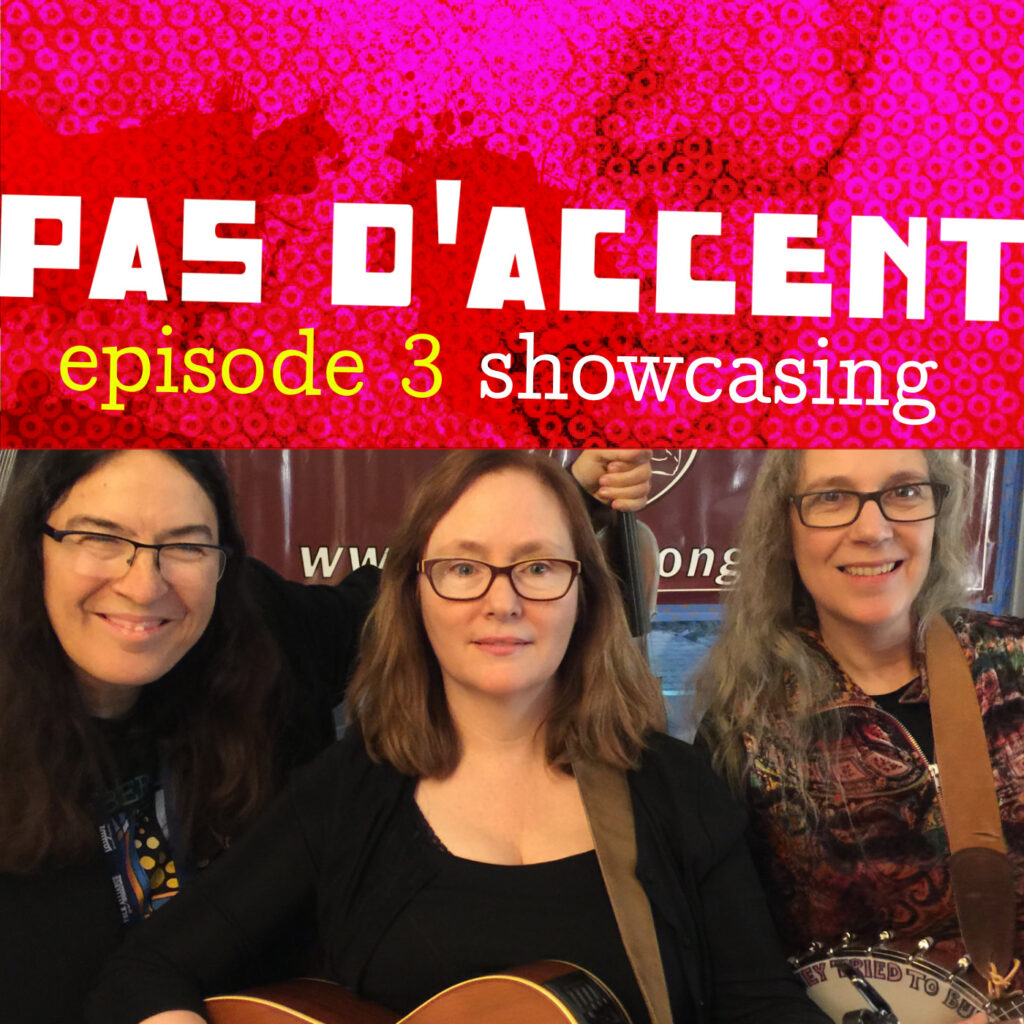 Listen to 3: Showcasing at Folk Alliance International in Montréal

It was a bitterly cold mid-February week in the province of Québec, and we were recovering from yet another foot of fresh snow that had buried most available parking spaces and nearly all of the sidewalks of Montréal, I was attending the 2019 Folk Alliance International conference in the Fairmont Queen Elizabeth Hotel, famous for the 1969 Bed-In where John Lennon and Yoko Ono promoted world peace and got a lot of folks thinking. I invited artists, managers, presenters and other folk industry players to sit down with me and share their thoughts on the topic of showcasing.

For the uninitiated, showcasing is when artists perform a short set, usually 15 to 30 minutes at most, sometimes very, very late at night, as in two or three in the morning, hopefully in front of people who will hire them – artistic directors of festivals, concert halls and folk clubs, as well as the occasional agent, manager or record label. Conference participants come from all over North America, Europe and even the Asia-Pacific countries.

The Folk Alliance conference is the world’s largest gathering of folk industry movers and shakers and most years, there are literally hundreds of showcases, both formal and informal. The formal ones take place in hotel function rooms with proper sound systems and lighting. The informal variety, often acoustic or only minimally amplified, are housed in several floors’ worth of hotel rooms and suites, usually with beds removed to create space – or in some cases, with audiences sitting on the bed. It is the ultimate test of an artist’s ability to impress, up-close-and-personal, and of the showcase presenter’s ability to create an enticing ambiance with extremely limited options. Decorations tend to be highly creative – inflatable palm trees, parachutes creating a nomadic tent effect, and snacks are inventive – poutine and bagels, or popcorn because nobody can resist the smell – and of course, there are lots of free alcoholic beverages to keep the target audience hanging around, sometimes on ice in the bathtub.

There are many opinions about the whole idea of doing showcases. There is generally a fee to apply and the jury must consider a broad variety of genres, even under the folk umbrella – not an easy task. Conference organizers present the more formal showcases and private groups present the hotel room version, often inviting a curated mix of artists designed to lure presenters. Artists are not paid to perform, conference attendance and travel are expensive, and the competition for all types of showcases is fierce. For this reason, some artists refuse to participate on principle, but most accept that it is a part of the overall promotion necessary to further one’s career.

I’ve been to a lot of conferences, and showcased – or been a showcase presenter – at quite a few, in many different cities. I’m pretty sure that no conference hotel has ever been truly prepared for what it will be like to have every nook and cranny, from the lounges to the hallways to the elevators, overflowing with musicians and their music. This year was no different. The late-night, wandering security staff especially seemed to appreciate the new vibe of what must typically be a fairly uneventful job. I witnessed them gently hanging up fallen-down posters and spending a few blissful moments listening in on a hot set in a crowded hotel room. And smiling. A lot.

Each day, I set up my makeshift studio on a granite table in the center of the aisle that ran past the exhibitor booths. My gear was my iPhone and a Blue Raspberry condenser mic, its stand anchored inside the opening of one of my trusty Blundstone boots to get it a bit higher off the table, giving it a bit of folky cachet that got it photographed more than a few times over the weekend. After rounding up a few initial guests, I ended up with a steady stream of willing subjects, and frequently, with a live band (Irish, bluegrass, blues) playing in the background as we talked. I asked my guests to share a bit about themselves, their thoughts about the whole showcasing scene, and their hottest tip for showcasing artists.