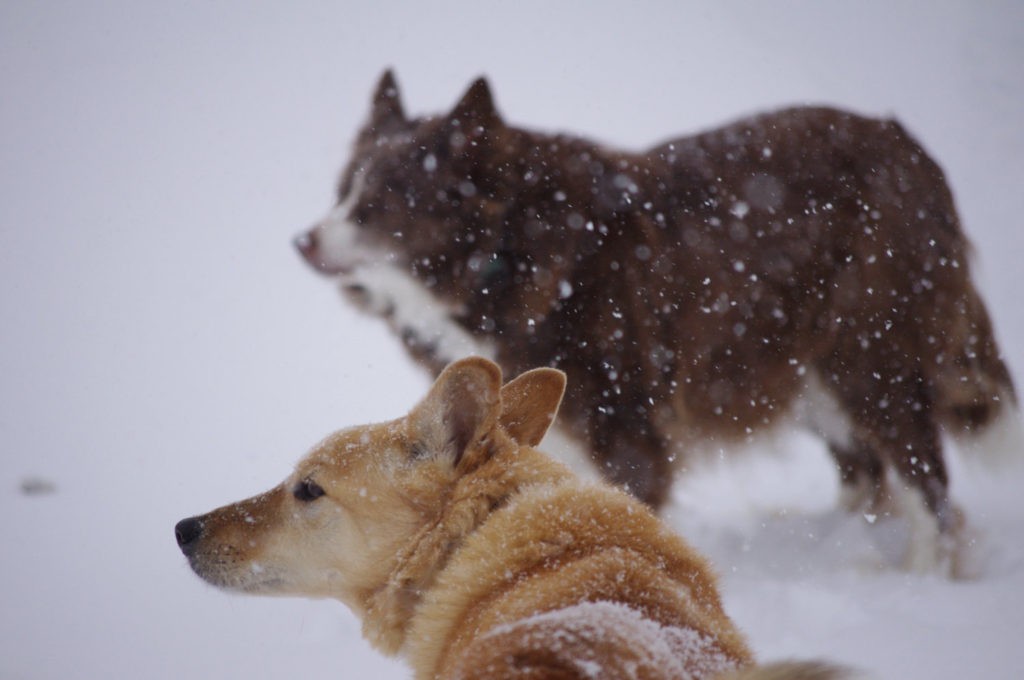 I bought my first Macintosh computer in 1985, the second model to be released, a diminutive 512K (the amount of RAM it boasted). It was about the cutest thing I had ever purchased, just so friendly and I was absolutely, unconditionally in love with it. I had just been recruited by a successful Boston advertising agency, hired to search for new clients and pitch them our creative talents.

My office was on the fourth floor in what had formerly been a maid’s bedroom, in a building that was an entire house on Commonwealth Avenue in the Back Bay. Originally built in 1899 for a wealthy widow (whose daughter later married Cyrus McCormick, inventor of the reaper), it was willed to the Massachusetts Institute of Technology upon her death in 1967. M.I.T. subsequently sold it to the Society of Jesus of New England for use as a rectory, thereby saving it from being developed into an apartment building (which finally happened in 2005).

Like most women of my era, I had learned to type in high school, in a course that was obligatory for girls and boys alike. Unlike the boys, however, many of us girls ended up actually using this skill as receptionists, secretaries, etc. as we struggled to enter the world of business, mostly run by men. I actually enjoyed learning and remember mentally typing every word I saw on a television screen or street sign. I held quite a few jobs where typing was a requirement. It was still a task that only women were expected to do. At one job, where I was a junior-level manager, a man who held the same managerial level position as I was instructed to hand his typing off to an assistant or secretary, while our mutual boss would call me into his office regularly to dictate letters and other documents. I was to type them up and return them to him, stat. While this pissed me off, I didn’t dare to complain, and luckily for me, I liked to type, an activity which gave me a dopamine rush and reinforced my overactive pattern-recognition.

My new job at the ad agency involved lots of research, poring over massive MRI (Marketing Research Index) volumes to see who was buying what, how often, where and why in order to make case analogies for upcoming pitches. I also prepared estimates of what potential clients spent on their current advertising, based on the rate cards of the print and broadcast media they appeared in. I would sum up all of this activity in neatly typed reports for my superiors. In addition to this, I often prepared media plans for both pitches and active clients, another task that required a properly typed-up result. With my new Macintosh on my desk and a small dot-matrix printer — because I couldn’t yet afford a Laserwriter, which cost $5000 dollars at the time — I spit out lovely, perfectly formatted documents to put on the desk of my employer.

My boss and day-to-day supervisor had hired me away from my previous job after I had interviewed his agency as a candidate for agency-of-record for the publishing company I was working for. He was a tall, handsome and charming guy with sparkling eyes and dimples who loved to tell me stories about growing up in New York city, where his Dad played clarinet in the orchestra of a major television network. Later, his father managed to wrangle him a job in the network’s mailroom and over the years, he worked his way up from there to become vice president of one of New York’s biggest ad agencies before getting a job offer in Boston that he couldn’t refuse. I loved to hear those stories, and we both loved swing music. This was thanks to my parents, who put almost nothing but on our record player, teaching my sisters and me how to swing dance from an early age. My current boyfriend (who didn’t dance) and I took my boss and his wife (who didn’t like to dance as much as her husband did) out to a jazz club where I’d often gone with my parents, to hear a great swing band that played there every weekend. He and I danced up a storm while our partners chatted at the table, patiently waiting for us to be too out of breath for another one.

But I’m getting off track. The first time I showed up in his office with a freshly printed report, he was actually shocked, even a bit mad. “You typed this up yourself?” he growled. “Of course I did. I know how to type.” I replied, surprised by his reaction. He was not pleased. “We have a secretary and a receptionist who do that. You’re a manager. You’re not supposed to type.”. I was a bit startled by this response, but if you know me, then you know I’m pretty stubborn. And I can’t help it that I’m also practical. “But I can TYPE.”, I repeated. Prior to purchasing my brand new Macintosh, I had been forced to give reports to one or the other of the two women who typed for everybody in the agency. Each time, there were inevitably errors that needed fixing. I would have to mark up the first draft with a pencil and return it to the typist, who then retyped the entire document on her IBM Selectric. I vaguely remember the agency purchasing at least one newer model — I think it was an IBM Wheelwriter — a machine that had a “memory” enabling recall (from a computer RAM cache) of previously typed documents. But even with a memory typewriter, it was a lengthy process from the writing of the initial document, to the final, corrected version, including hours of waiting in line behind whoever was more important than me — which was nearly everybody — for it to be done. The entire agency, with the exception of the copywriters — who for creative reasons were allowed to type for themselves — depended upon these two overworked typists to make them look good.

After being reprimanded, I kept my head down but continued to do my own typing, and as I got to know my boss better, he came to accept my unnatural ways, but would still occasionally grumble under his breath about it. But it became clear to me after awhile that he liked the fact that when he asked me to do a task that involved a written result, that document landed on his desk pretty darn fast. Meanwhile, he himself had to write a LOT of letters and other documents, which he did with a trusty pencil and paper. The typists often had difficulty reading his handwriting and this meant that they interrupted him to have him identify words. “Does this say ‘invented’ or ‘inevitable’? Or is it ‘invariably’… I’m sorry, I couldn’t quite make it out… Oh, ‘incredible’, of course!” they’d apologize. Then they’d type it up again. And maybe even again, after he thought of a new and better way to rephrase something he’d started with.

I learned a lot on that job, but I left the company after a year, to work at a young, woman-run design firm in nearby Cambridge, at the precise moment that the tech revolution was happening (that’s when I finally borrowed money from my Mom to purchase a new Laserwriter). I was giddy about being part of the high-tech world that included our clients with cutting-edge products, the up-and-coming stars similar to those in the internet startup boom just a few years later.

I remained friends with my former boss and mentor, staying in touch over the years that followed. He eventually left the agency and went on to freelance as a media strategist and marketing consultant. A few years later, after I’d gotten married and had a bunch of kids, I visited him at his home outside of Boston, along with the aforementioned family. He was happy to see us and got out his banjo to play us a few tunes from the 1930s and ’40s, songs I knew from my own childhood (which I wouldn’t have know if it wasn’t for my crazy parents). 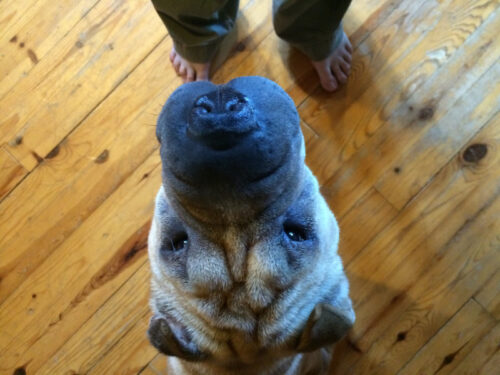 We still talked on the phone from time to time, and one day, I answered the phone in my country home office to hear a voice on the other end exclaim excitedly “You were right!”, without telling me who was calling. It took me a minute to place him. “About what?” I asked, once I’d figured out who it was. “Typing.” he confessed with a sheepish note in his voice. “I finally bought myself a Macintosh computer and I’m learning how to type — and BOY does it save a lot of time! I can’t believe I gave you such a hard time about typing your own stuff… what a waste of time that was for me and for those poor secretaries!”.

Over the next few years, as computers evolved and we all got laptops and then phones with cameras, he began making videos of himself playing ùkulele to share online with his grandchildren. As for this old dog, I am not only still a fast and accurate typist, but a coder and web developer, too, one of the relatively few folks of my era to have been tenacious enough to make the leap from specifying type to troubleshooting web architecture.